I’m all for freedom of choice. You should be able to go to the junk yard, buy a lemon and putt-putt your way around town- whatever puts wind in your sails. But if you’re sold a shiny new whip that is advertised as a shiny new whip with no engine problems, but turns out to be a lemon, it’d be unlikely you’d be able to keep your cool.

Right now, Senator Bill Roberts is pushing, yet again for a bill (dubbed Deny Americans Right to Know Act) to be passed which would relinquish state governments from mandating on-package GMO labeling. Vermont’s mandatory labeling law is going into effect July 1st so there is a big push by big food lobbyist to get this “DARK Act” passed by U.S. Senate beforehand.  In effect, the decision would be placed with the food producers to voluntarily offer the information, a method that has failed us in the past. Further, food manufacturers will be allowed to make, you the consumer, jump through hoops to find out for yourself by calling a customer service number or researching new QR numbers. Sweet.

As a health conscious eater, my GMO detector is on fleek, but most people don’t have the Nutrition Ed. or experience to distinguish an organic tomato from a genetically modified one. Transparent labeling is a tremendous advantage in the “Get America Healthy” game. Whether you believe GMOs are a health risk is virtually irrelevant. This is about ensuring government policy rallies more towards producer-consumer transparency instead of less. More transparency means every consumer is provided all of the evidence to make a personal decision at the checkout.

You may have been a passive supporter of the non-GMO movement in the past, but this is your chance to have an active role in the matter. With a common effort, this can be pushed back.  An easy toe dip into the active support pool can make a big difference. Your task is very simple. A simple phone call or email would go a long way. An email will make an impact but your phone call will make a huge difference. Your representative was elected to represent your voice with his/her vote. Let them know how you feel.

You can look up who your senators are and find their contact information here:

Farm to Consumer Legal Defense Fund offered this phone script to follow when you make the call. Make your encounter peaceful but direct.

Hi, my name is ___, and I am a constituent. I urge Senator _____ to vote against S. 2609, which would block mandatory labeling of genetically engineered foods. I urge the Senator to stand up for both states’ rights and individuals’ rights to know.

We have a right to know what is in our food so that we can make educated decisions about the food we eat. The free market can only work when consumers have the information they need to make informed choices among different products. Without mandatory on-package labeling, consumers are effectively being defrauded.

The use of a bar code or QR code is not a valid substitute for mandatory labels. Over a third of all Americans don’t even own smartphones and could not read such codes. And many of those who own smartphones are not familiar with QR codes and wouldn’t even know that the information was available.

Moreover, QR codes are extremely burdensome for consumers. With on-package labeling, you can quickly find the information you need on the package–simple, fast, and practical. Under the industry’s proposal, the shopper needs to pull out his or her smartphone (while still holding the package of food), open up an app, wait for the camera to focus on the bar code, wait for a webpage to load, and then search the website for the relevant information.

There’s no real benefit to QR codes, since food manufacturers will still have to track which products have GMO ingredients. The real reason industry is pushing for QR codes instead of physical labels is to continue to keep the majority of consumers in the dark about what they’re eating.

I urge Senator ___ to vote against S. 2609 or any bill that would block state laws for mandatory physical labels on GMO foods.

What do you think happens when they have pushed these bills? My guess, is minimal kickback because the public has trusted the government for so long. The deep pockets got their votes because the phone rarely rang on these issues. But those days are over.

Don’t be intimidated. This Regular Joe just made the call before writing this blog and you can too.

If the last century has taught us anything it’s that large companies will not go out of their way to reveal any information that could hurt their bottom number, even if it is true. Fair enough. However, if our rising child obesity rates have a shot in hell at declining, we must take a stance at the personal level, and let policy makers know that we are present, we care, and we want honesty now and in the future.

This isn’t the end, but I will still be here for the next round. 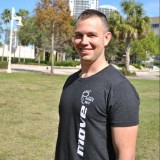