Most of us love a glass of wine over dinner. Or a cold beer on a hot summer’s day.

In moderation, it can make us feel good. It’s part of our culture. We enjoy sharing a few drinks with friends.

But what happens to you physically and mentally when you quit alcohol for just 30 days?

Are there dramatic effects to our overall healthy? Or just subtle ones?

What happens when you quit alcohol for five years?

I would go 30 days without drinking socially.

Little did I know then that 30 days would turn into six months alcohol-free. Six months turned into one year. One year turned into five years.

Today, in combination with a paleo-eating lifestyle, and regular exercise, I feel superhuman.

I’ve lost 20lbs of fat. My Vitamin D levels have increased. My energy has soared. I sleep longer and deeper. My relationships have improved. I’ve made more money.

I was never a big drinker. I’d enjoy a few quiet beers during the week.  Most weekends I’d go a little harder and get a good “buzz”.

It was all good fun. There was no drinking to excess. I never had a drinking problem.

The problem, for me at least, was the price I paid in my career, my health, and my time spent going out.

One morning in 2010, I awoke with a shocking hangover at the South by Southwest festival in Austin, Texas after a particularly fun night. I walked into an International House of Pancakes for a hangover breakfast.

The IHOP menus have photos of the food you can choose – big, bright, bold colors. The sight of those scrambled eggs, bacon and pancakes on the menu and drunk, overweight people sitting at tables next to me made me ill.

I decided then and there to see if I could go 30 days alcohol-free. It was simply a personal bet with myself to test my self-discipline. I didn’t plan to go more than 30 days. But I eventually would.

The first two weeks were hard. I went out with friends and ordered water or diet coke and they’d give me a hard time. “You’re un-Australian!” they’d say to me.

But I got through those two weeks and I was off to the races. I felt better, slept better and had much more mental clarity.

After 30 days, I’d lost an incredible 13 pounds (5.9kg) of fat around my stomach. Just from stopping drinking. I had more money in the bank balance, my skin looked considerably better and I actually enjoyed getting out of bed early morning to exercise. 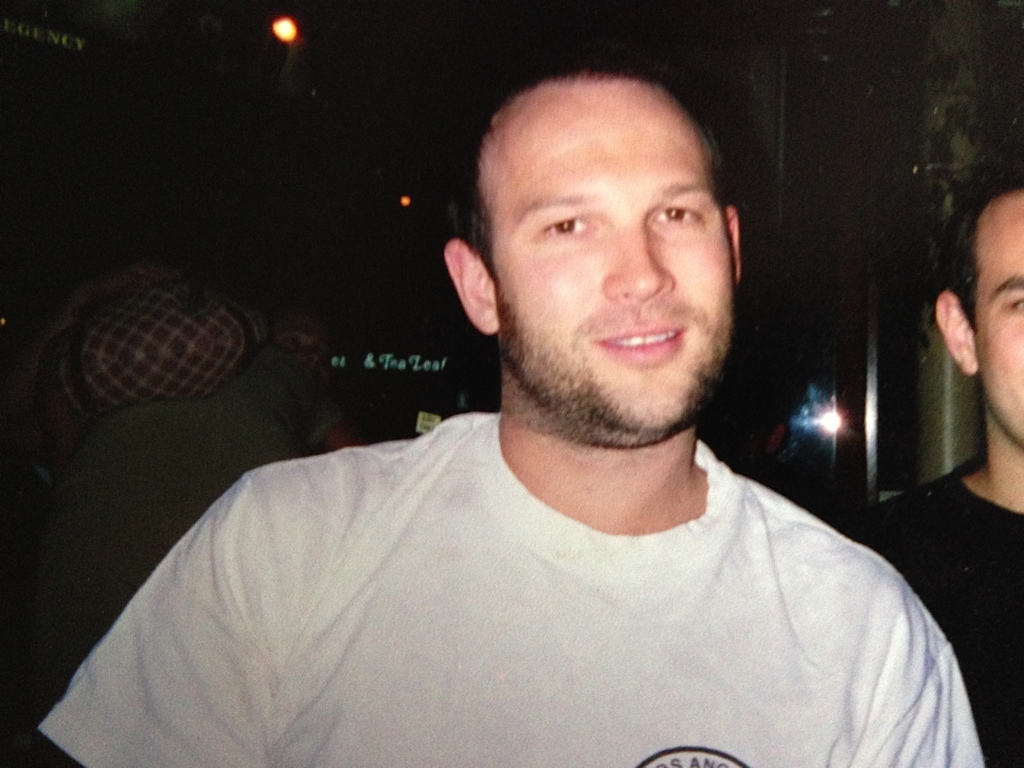 So I said to myself, “Bugger it. I feel great. I’ll just keep going and see how far I can go.” Little did I know just how far I would go.

After 60 days, I craved a cold beer. Or a red wine. Or a Bombay Sapphire gin and tonic with a dash of lime.

When it was hot outside, I started dreaming, “I would smash an ice cold beer right now!” But I breathed deeply, downed a water and the feeling passed.

After three months, I felt terrific. I’d dropped a few more pounds of fat and was starting to put on some lean muscle in the gym. People were complimenting me on how good I looked.

I also realized that despite not drinking, I was still managing to have wildly entertaining nights out – even with my drunken friends slurring their words around me. Conversations with women became much more interesting.

When I told women I wasn’t drinking, far from them thinking I was an alcoholic in recovery, they actually told me they were impressed with my self-discipline. You don’t need alcohol to have a good time

“Beautiful,” I thought. “I can stop drinking and still be fun, entertaining and attractive to women.”

Guys were always suspicious of my story, though. They always thought I was a recovering alcoholic who “obviously” had a problem. I just smiled.

Between three and six months I was in the zone. I felt energetic and healthy and I actually started to thrive on telling people I had temporarily stopped drinking.

But many people – particularly guys – still challenged me. They called me a “Pussy!” Or said to me, “Just have one!” Or “An Aussie that doesn’t drink?!?! F$%k off!”

I just laughed, pointed to my head and gave them my stock response, “I’m too strong in mind!” Some idiots even tried to secretly slip vodka into my soda. I had to make a point of always sniffing before drinking if they’d ordered for me.

Six to 12 months was fairly easy to be honest. And this is where I noticed the most dramatic changes.

I found that my relationships were considerably better – romantic and platonic. For example, I was constantly thinking about how I could help my friends rather than how they could help me.

I was more inclined to help people generally and was more considerate. I was calmer and noticed I made better decisions.

My work productivity soared. My business made more money.

More opportunities – like an ESPN audition to host SportsCenter – came my way. When it did, I was clear in mind, energetic, and seized the opportunity. I ended up getting that gig and hosted SportsCenter for two years.

I did, however, find I got tired at night time and went to sleep earlier. Listen, I could still burn the midnight oil until 5am during my sobriety. But I found I didn’t really want to. I felt like nothing that good really happened after 1am anyway.

So I would party hard – alcohol-free – until 1am. Most people who just met me weren’t even ever aware I wasn’t drinking. I could still be the life of the party with nobody even knowing. Then I headed home to be asleep most Friday and Saturday nights by no later than 2am.

I was up at 8am or 9am on weekends to hit the gym, showered, had breakfast and was ready to tackle the day by 11am when my mates were just dragging their lazy hungover backsides out of bed.

When I reached the personal milestone of one year without drinking, I found myself back in Austin at South by Southwest. I went to a pub, ordered a Budweiser, and put it to my mouth.

I had every intention of drinking that beer. But something stopped me from taking a sip. I paused and thought about it for a minute.

I decided that all the pros of not drinking outnumbered the cons. So I said to myself, “I’ll just keep going.”

So I did. I put the Budweiser down and haven’t picked up a drink since.

I’m 20lbs (9kg) lighter today than I was when I started on March 12, 2010. I’m 38lbs (17kg) lighter than when I was at my porkiest (See fat face photo above). Drinking definitely kept fat around my waist. Stopping drinking eliminated it.

This is likely due to three main things:

I was recently a guest on The Ben Greenfield Fitness podcast to talk about quitting drinking.

Inspired by my story, Ben later ran an experiment. He got one of his listeners, Jason, to give up booze for 30 days and measure the changes in his health from blood tests.

After a month without alcohol, Jason’s blood results showed an 80% increase in his Vitamin D levels, a 50% improvement in his thyroid stimulating hormone, and a 71% drop in his triglycerides, which measures body fat.

Jason said he lost 8.8 lbs, had less “brain fog” throughout the day and increased motivation and energy. You can read more about his results here: How a 30-Day No Alcohol Biohack Changed My Life.

Others are now experimenting with the health benefits of not drinking by taking my 30 Day No Alcohol Challenge.

Some of the world’s top business people who don’t drink include Donald Trump, Warren Buffett and Larry Ellison.

I’m not trying to lecture you into quitting drinking entirely like I did. Obviously, I am an extreme case. But my story clearly shows some of the positive benefits you can get if you do quit.

Even just reducing your alcohol consumption by a few drinks a week, I believe only positive things can happen.

If I have a drink today, no worries. I’ve accomplished my goal. But I just don’t feel like having a drink.

CONS: It is sometimes awkward explaining to new friends or business associates why you don’t drink. BUT…that initial awkwardness is mostly felt by THEM, not by you. And you can’t control how they feel.

If you decide you want to give it a try, trust that the pros will likely outweigh the cons. Set yourself a 30-day-goal. Or a two or three-month goal. Test it. See how you feel. See if it works for you. Or go for a year.

I’m sure I’ll do it again one day. But for now, I’m happy with water and soda and feel like I am the best version of me. James Swanwick is the creator of the 30 Day No Alcohol Challenge, which encouragers drinkers to take a 30-day break from alcohol. He is the host of the health podcast, The James Swanwick Show, in iTunes.