Oh food industry, you’ve done it again. Turning something that should be simple into a science experiment and causing mass confusion amongst the general public. What started as a delicious concoction in a can is now showing up in the milk aisle, next to peanut and almond butters, amongst the yogurts, coffee creamers, kefirs, and even in the ice cream dessert section of your grocery store. One must scrutinize a label before seeing the word “coconut” and calling it fair game. As much as I’d love for coconut based dessert novelties to fit into my daily meal plan, that’s just not going to happen. True – it’s not the worst choice around and depending on your level of adherence to your diet, personal goals, and tolerances, there can be a place for it. I’d just prefer not see the multitude of added gums, soy lecithin, and agave syrup become an overwhelming presence amongst my daily food choices.

For the most part coconut oil and coconut butter are, in fact, quite delicious and consist mainly of pure coconut; however some of these new food innovations are not quite as innocent. Even canned coconut milk is not as simple as it may seem. Guar gum may be added to canned coconut milk to prevent the water from separating from the coconut oil and can cause gastrointestinal distress in certain individuals. To avoid this additive, you can try using shredded dried coconut and mix it with water to create your own coconut milk. There are tips on Tropical Traditions website to show you just how to do this and avoid the additives that may be in the canned version.

Another thing to keep in mind is the potential for BPA (Bisphenol-A) to be leached into the can. BPA is a chemical that may be in the lining of the metal can and has been known to have estrogenic activity (estrogen = female sex hormones) which may be linked to diabetes, heart disease, ADHD, infertility, and cancer. Chris Kresser does a great job of discussing some of these issues. The good news is that some companies, such as Native Forest, are becoming more aware of this issue and are starting to reconsider how they package their product. Native Forest Coconut Milk has confirmed that their coconut milk is in BPA free cans.

There’s a lot I would love to write about regarding these new foods, but for this post I mainly want to discuss coconut milk. I’ve read countless recipes that list coconut milk as an ingredient and want to make sure that people realize coconut milk means just that – coconut milk in the can, prepared from a whole coconut, or shredded coconut mixed and prepared with water. While a multitude of companies are coming out with their own version of coconut milk by the quart and half gallon, these new innovations are truly coconut beverages, not milk. In short, do not use the coconut milk beverages in your recipes.

The following table analyzes the ingredient composition of some of the leading brands of coconut products available:

Canned coconut milk is a good go-to when you’re looking for a quick coconut milk product. Of course, if you have the time and energy – go wild with a fresh coconut or shredded coconut to make your own. When these other coconut beverages are used in recipes they water down your final product with extra gums, sugars, artificial sweeteners (which also cause digestive issues in many people), thickeners, and vitamins that really aren’t necessary if you are following a clean Paleo diet. I’d avoid them not only in recipes, but also for beverage consumption for many of the same reasons listed above. Save your money on these new coconut milk beverages and spend that extra few dollars on some real foods. Think outside the box! 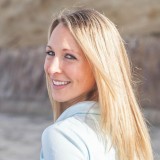 Stephanie Greunke is a Registered Dietitian and Certified Personal Trainer who is part of Robb's RD Consulting team. She has succeeded in working with individuals at all levels of nutritional knowledge and physical performance by creating sustainable solutions. Her website has nutrition tips, recipes, and resources for your reading pleasure! Check out her biography and consulting availability to fine-tune your existing plan or get you started!