Childhood was a tough time for me.  For starters, Exo-Squad got cancelled after two seasons.  Also, I had a lot of physical and mental health issues.

For starters, I found it near-impossible to make eye contact with anyone.  I had OCD symptoms, and refused to eat anything but chicken, pizza or peanut butter and jelly sandwiches.  In early childhood I was a hoarder, to the point where I would refuse to throw away bits of plastic shrink-wrap.  I found it very difficult to empathize with other people, and was eventually diagnosed with Asperger’s Syndrome after initially being misdiagnosed with ADHD.

Once, in high school, a girl gave me a card for my birthday.  After reading it, I thanked her and threw it in the trash.  I had trouble understanding why this hurt her feelings.  Ironically, I had thrown the card away because I was trying to stop hoarding.

There was the IBS, which would usually flare up a few times a day.  Add to that severe onset insomnia, as well as the near-constant itching I experienced all over my body.  I actually wore a bald spot on the top of my head from scratching so much.

As I grew older, the OCD and anger issues mostly went away on their own.  My other symptoms started to improve in my early 20’s, which I believe was largely because I started making an effort to eat healthier.  Two other things happened in college that would put me on the path that would lead, years later, to me getting a fecal transplant.

First, I had a severe allergic reaction to some antibiotics which caused my itching to get about ten times worse, gave me severe diarrhea, and could have killed me.  This lead me to suspect that many of my problems may have had root causes somewhere in the digestive system.  Second, I read Robb’s guest article on Tim Ferriss’ blog, followed by his book The Paleo Solution, which introduced me to the concept of leaky gut syndrome and convinced me to give the paleo diet a try.

The results were mixed.  Going 80/20 paleo- cutting out most of the grains, dairy, junk food, soda, and other crap, and adding in more vegetables- did produce a noticeable decrease in all of my symptoms, along with some fat loss and muscle gain.  On the other hand, going full paleo produced little or no added benefit beyond this- it wasn’t the full solution I’d been hoping for.

As I continued researching leaky gut syndrome, I started researching fecal matter transplants.  I read numerous stories about patients making dramatic progress with IBS, autoimmune disorders, and even autism following FMT procedures.  After getting my own gut biome tested with uBiome and finding out that I was missing several types of gut microbiota; my biome was closer to that of a typical alcoholic than a typical paleo dieter, despite the fact that I rarely drink.

After seeing how depleted my gut biome was, I decided to undergo an FMT myself.  Since I couldn’t get one done in the U.S., I went to the Newbury Clinic in Buenos Aires.

I had to follow an anti-inflammatory diet from 2 weeks before the procedure until a few days after, as well as taking a low dose of prednisone to suppress my body’s immune response against the transplant.  As the doctor explained to me, the newly transplanted microbiota would initially fight with those already inside my intestine before settling into an equilibrium; the prednisone was intended to blunt this response by my existing gut bacteria so that more of the transplanted microbes would survive.

The procedure consisted of five transplants, conducted over the course of a week.  It was…uncomfortable, to say the least, but not as gross as I’d feared, and not painful at all.

The doctor had warned me that contrary to some of the stories I’d read, results typically take 2-3 months to manifest themselves.  Indeed, I didn’t notice much of a change immediately after the procedure, other than a lower frequency of IBS flareups and a slight improvement in sleep.  Psychological symptoms were harder to gauge since I was backpacking through South America alone at the time, but it did seem I was a bit less anxious as well.

Over the course of the next three months, I gained weight, presumably due to improved digestion.  I gained about 5-6 pounds of muscle while losing 2-3 pounds of fat, which isn’t bad at all for a guy who was already 155 pounds at 10% body fat.  Of course I was working out a lot at the time; if I hadn’t been, I don’t doubt that the same improvement in digestion could have caused me to gain fat rather than muscle.

When I got back home three months after my FMT procedure, the full extent of the effects became clear.  The symptoms improved a bit more: IBS flare-ups now happen only a few times a week, vs once or twice a day before the procedure, and several times a day when I was a kid.  I now regularly sleep 7+ hours a night, compared to 5-6 before the procedure.  I no longer feel abnormal levels of anxiety, or engage in repetitive fidgeting, unless I consume way too much caffeine.

I’ve become more sociable.  I no longer find it especially difficult to start conversations with strangers, work the room at parties, or go on dates.  Most surprisingly, this became apparent the moment I got back to the U.S., even though I had barely spoken a word of English for the previous 3 months.

On the other hand, the itching doesn’t seem to have improved, and that was the one symptom I was most hoping to get rid of.  All things considered, FMT produced a noticeable change for me, and was definitely worth doing, but wasn’t the miracle cure that it’s been for some people.

For anyone reading this and considering a fecal transplant procedure, here’s my advice.  First, get tested with uBiome to see what kind of shape your gut biome is in.  In my opinion, FMT is most useful when you have whole types of gut flora that are totally absent in your gut.  If those same microbiota are heavily depleted in your gut, but not totally extinct, you can probably restore them with dietary interventions.

Second, spend a few months trying to fix your gut biome through diet.  Cut out the crap and eat more fiber and vegetables.  Go strictly paleo for a while, and consider experimenting with ketogenic, organic, and anti-inflammatory diets as well.  Then get re-tested with uBiome.  If you haven’t improved, that’s when it’s time to look into FMT.

If you do opt for a transplant, don’t take the DIY approach- you need a donor who’s healthy, has been following a good diet, and most importantly, is properly screened.  Also avoid clinics that use antibiotics to weaken your existing biome prior to the transplant- after all, what if the transplant doesn’t take?  Talk to a few different clinics, and select one that has a good procedure in place for selecting donors and takes the time to answer all of your questions.

Fecal matter transplantation is a great procedure, and one I expect to become a lot more common in the next few years.  It’s helpful for many, useless for many more, and a miracle cure for a select few.  For people with intestinal or autoimmune disorders, it’s well worth looking into- after other, less radical options have been explored. 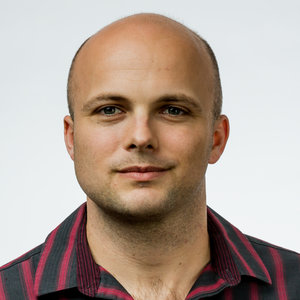 John Fawkes is a health and fitness coach who helps people lose weight, build healthier habits, and kick life in the nuts.  He writes fitness stuff on his website, Facebook, and newsletter, and sings a totally sweet cover of Rebel Yell.