Disclosure: This post is not intended to persuade anyone to change their view on nutrition. This article is from a personal blog written and edited by me. This is not medical advice. The main purpose of this post is to encourage parents to do their best when researching on their own after a given suggestion by their medical professional.

The problem with Infant Formulas

We know many of the wonderful benefits breastfeeding brings along with a new born:

It helps your baby stay healthy

It gives your baby her first immune boosters

It protects against infections

Breastmilk is always ready and available, and it’s good for the environment

But what happens if you can’t breastfeed?

Most doctors still consider nursing the best first food. Sadly, if they prescribe another way to feed your baby after the typical 6 months of feeding window recommended by the  AAP, they immediately turn their sight to commercial formulas. Rarely physicians will suggest goat’s milk. Difference between raw goat’s milk and cow’s milk.

In fact, many babies start having allergic reactions soon after milk  or soy based formulas are introduced. And when allergies are present they get switched to cow’s milk, often skim or fat free. Baby starts having digestive issues and problems such as: vomiting, diarrhea or severe stomach pain and/or bloody stools . In reality, formula is very closely regulated by the FDA, and there is not much difference between the brands. Two things that  PERSONALLY don’t make me want to trust them AT ALL. THIS IS LITERALLY POISON FOR YOUR BABY.

AS A MATTER OF FACT, my oldest daughter lived through the horrible side effects of nutritional malnourishment when given soy based formulas. I was advised to stop breastfeeding because I was very low in nutrients. Instead of being given a nutritional view, and advice on the way I was eating, and switching my diet; they suggested I stop-the best superfood in the world-and replace my milk with  cow milk based formula. The lactose protein in the formula was creating the side effects mentioned above,  and she was diagnosed as lactose intolerant. “No” -doctors stated- “it’s not all the hydrogenated oils and crap in the milk”– “it’s the lactose, sole and only’s fault”… And soy formula must be a better source!? ::::shrug:::

Breast milk is the gold standard for infant nutrition. DHA and ARA started to be added to infant formulas because researchers realized that they were a component of breast milk. This is just one of many more reasons why breast milk is the ideal nutrition for your baby, and formulas are a no no.

Did you read the label on your recent formula purchase?

GROSS. Even YOU wouldn’t want to eat this.

Now,If you are breastfeeding…

and you are worried about boosting your baby’s micronutrients, I have great news. There are far better ways to do this safely. First of all, check your own nutrition first. What you eat will affect the outcome of your breast milk. Breast milk is almost always sufficient  for baby, but other things such as homemade bone broths  made from quality sources of meat, and probiotics from the juice of fermented vegetables can be given as early as 4 months to support with digestion and better absorption of nutrients.

If you are not breastfeeding…

There are many other natural ways of making homemade baby formulas at home. Here’s a great article from the Weston A. Price Foundation about the different ways to nourish your baby. They also have liver based formulas for those babies intolerant to casein and lactose.

The problem with  Infant cereals

Why is baby rice so commonly introduced as baby’s first food?

Well, there are several  reasons – the main one being that it is the first food most frequently recommended to parents by pediatricians and medical professionals after the age of 6 months to 1 year of age.

There is also an element of tradition – after all, it was the first food that many of US received as babies, and offering baby rice has become established and widely accepted as the ‘norm’ when transitioning infants to solids.

Now, Many doctors would argue that rice cereals are the best first food …

because It’s relatively bland in taste. I agree that liver is much stronger than chicken, or that some kids will favor certain tastes. That being said, if you don’t want to deal with a baby who doesn’t like vegetables or meat, you absolutely have to introduce  these foods at the earliest possible. WHY? Baby has never tasted anything besides your milk, real food is not hard to introduce if you skip the whole “high sugar load” in commercial cereals. Baby’s brain will react the same way to sugars as an adult would. So if you start by giving her sugar and chemicals which are intended to be satisfactory to the brain, she will reject the taste of real food. That’s the whole thing about processed foods. And we are to blame for starting it with our own kids, (and Gerber doesn’t count as real food either)

“The whole purpose of introducing your baby to real food is to get baby accustomed to different flavors, not to mention that babies build a strong foundation of great eating habits”

Baby might reject some foods, and this is normal, but with time, the palate evolves to what’s natural. Giving a variety of foods during an early stage is, in many cultures such as the Japanese culture, essential. If you get your kid used to the natural taste of food, she won’t fuss over food as she gets older.

because it’s easy to cook and it’s easier to blend.  Your baby’s health is important. I know many of us have to work, but boiling a piece of meat and vegetable, and blending them for your baby takes about 20 minutes. It’s a better choice, and as convenient as boiling rice. You save a couple of cents and time. You are ensuring the best nutrients for your baby. You don’t have to deal with a bunch of health problems in your little baby’s future life, or have as many visits to the pediatrician because of allergies. You won’t have to buy and use as many medications. There won’t be as much money spent on harsh chemicals for your baby’s endless skin rashes. There will also be less constipation problems. Think about it. It’s cheaper and healthier.

because it’s said to provide necessary iron. Did you know that  beef liver is by far the best source of iron? Liver is very easily digested, and it DOES NOT CONSTIPATE BABY.

because it makes baby fuller, faster. Well… protein also does the job. And it’s all ages appropriate.

because it’s fortified with iron. But once you read this article, you will change your mind

For quite some time, these reasons for introducing baby rice before other foods have not been greatly challenged – indeed, infant cereal is still one of the most popular weaning foods in the developed world.

More recently, however, parents are ‘reading up’ on infant nutrition, and questioning commonly held beliefs regarding feeding practices. With more information available – and parents being able to ‘compare notes’ via the internet – they are more likely to challenge pediatric advice regarding solid feeding issues than ever before.

Furthermore, the previously held notion that anything in a packet marketed for babies is automatically a healthy choice is beginning to fade away… and many parents have doubts over the necessity of those little packs of commercially prepared baby rice.

There is no doubt that baby’s best first foods need to come from natural sources that are packed with mineral rich contents. Egg yolks, bone broths, sweet potatoes, and avocados are some of the rich nutrient dense foods you can choose over rice.

If you are already into the primal/paleo world, you probably know about the high content of antinutrients in rice, and that meat has a higher nutritional value compared to grains.

Sometimes it’s hard to recognize the beliefs that are part of one’s own culture. They are easier to observe when contrasted with the beliefs and practices of other cultures.

Cultural expectations affect how children eat around the world. In many cultures, parents hope that their children will learn to eat a wide variety of foods, while in others, food choices may be limited by geography or strife.

There are always healthier variations of infant feeding, and  there is never just one way to make the transition to solids. Make a transition that works for you and your baby. Stay away from mass produced or chemically altered products, and give your baby the best real food out there. 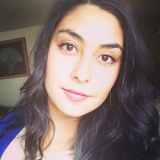