In early Spring 2012, I’ll be heading north from Washington State through British Columbia, NWT, and Yukon to the Arctic Ocean. From there I’ll be connecting the dots of a 7,000 mile loop through Alaska and back to the starting point. I’ll be paddling 7 rivers, and burning zero fuel for transportation. The methods of travel will be fatbike, packraft, and slogging my way through questionable terrain on foot. The modern demise of the paleo fueled adventure scientist began in 1894. I speak not of the birth of Aldous Huxley, the foundation of Manchester City Football Club, or the military alliance established between the French Third Republic and the Russian Empire. No, we’re talking about something much more nefarious.

According to the internet, in 1894 Dr. Connor Lacey invented the primary menace to adventure nutrition: granola. Technically, Dr. Lacey invented granula. It was none other than the illustrious Dr. John Harvey Kellog who coined the term granola to differentiate his product from granula. You may remember Dr. Kellog as inventor of corn flakes, soy product entrepreneur, and advocate of reducing meat and increasing grain consumption as part of his war against passion.

The turn of the century saw the last of the renowned paleo fueled adventure scientists (to be fair, they used grain significantly in certain scenarios). Roald Amundsen lead the first expedition to successfully complete the Northwest Passage, and the first expedition to the South Pole — both fueled primarily by stocks of pemmican and living off the fat of the land. Data from his Arctic expedition were crucial in testing the theory of shifting terrestrial magnetic poles and to subsequent mariners. His Antarctic expedition yielded scientifically valuable geographical and topographical facts, and the data they collected are still being explored in other lines of inquiry.

Vilhjalmur Stefansson conducted multiple extensive expeditions in the Arctic. An ethnographer by training, Stefansson’s contributions exemplify the wide-ranging work of a polymath. His study of the Inuit language contributed to linguistics. His study of their religion, social interactions, foraging strategies, et cetera was immensely valuable anthropologically. His study of their diet provided groundbreaking insight into human ability to thrive in environments largely devoid of vegetation. His accounts of the “civilization” of various Inuit bands provides insight that continues to warrant examination — particularly in the context of transitions from nomadic hunter-gatherer life to sedentism. Stefansson also fueled his expeditions primarily with subistence hunting; supplemented by fishing. He was fond of the phrase “When in Rome…”, and applied it diligently to his life among the Inuit. Stefansson went on to write several books. Perhaps his most notable is My Life with the Eskimo. Perhaps most paleo is Not By Bread Alone.

By the 1960s, granola gained popularity and hurtled mercilessly toward becoming synonymous with humans who have the audacity to spend time in nature. Now granola permeates our stereotypes and informs modern templates for fueling humans in the wilderness. This cultural transition effectively leads directly to one thing: a massive reduction in the distance and duration possible for explorers. This in turn limits the scope of scientific endeavors that may be conducted in expedition format. It also limits the potential for regular folks to spend more than a short time in the wild. Is it a coincidence that an industrial agriculture food product forces us to return to our role as producers in the agrarian state?

The granola strategy of carb-loading, fat-fearing, sterilized quasi-food eventually morphed into the ‘frankenbar’ concoctions so ubiquitous today. We’re so far off the path that going back to “real food” hits a dead end by only going back as far as granola. Some long strange trips aren’t quite long enough.

Against the Carb. Again?

Being a “weekend warrior” in the woods isn’t just about being back to work on Monday. The inability of moderns to subsist in natural environments forces us to rely on the food we can carry. Our cultural expectations of three squares, endless variety, and haute cuisine make “car camping” with a gas powered blender and 12 volt toaster seem like roughing it.

Even if we ignore debates about macronutrient ratios and hormone cascades momentarily, there’s a serious technical problem with carbohydrates as calorie packets. Contrary to their reputation as concentrated fuel, carbs pack a little less than half the calories of an equal quantity of fat. That can be thought of from two perspectives: 1) Using carbs as a primary fuel source requires carrying twice as much food. 2) Using carbs as a primary fuel source cuts trip duration in half.

Another technical failure of carbohydrates is that they’re not prevalent in most environments. Generally speaking, starches and sugars available to humans decrease with elevation and latitude. In most of the real world not enabled by petroleum agriculture, “nature’s bounty” comes in the form of packets of fat & protein: animals. Our concept of food is an abstraction. We’ve been socialized to think and behave as if food doesn’t come from nature, but from the grocery store, and some romanticized notion of farmland before that.

There is no “carbohydrate as the primary fuel” strategy that allows absolute engagement with nature for more than a few days. An optimal exploraging strategy must maximize caloric density of carried food (by favoring fat over carbohydrates), and maximize calories foraged from the surroundings. Unless humans evolve to convert grass and wood to energy, this will primarily mean hunting and fishing, and limited sources of plant foods. The mix between carried calories and harvested calories is a balance between availability, legal restrictions, and responsible levels of impact. This balance will of course vary significantly by jurisdiction and ecosystem.

Anecdotes on carbohydrate requirements: In accounts of polar expeditions subsisting primarily on animal fats and meat, it is somewhat rare to encounter reports of negative effects. As has often been reported among those shifting from the SAD to relatively low-carb paleo, a brief period of adaptation seems to lead to favorable results. This is often in the context of high exertion for long hours daily, and requiring the consumption of upwards of 6,000 calories. Expeditions such as Shackleton’s Antarctic expedition that brought large quantities of oats and wheat flour do initially appear to report significant food cravings when such food stores run out and they’re forced to subsist on hunting. It may also be tempting to think that employing dogsleds reduces work effort to a minimum. However, that’s negated by details such as Stefansson’s belief that it would be cruel to the dogs to add extra weight by riding on the sled. Often, these teams were not populated by dog mushing experts, and weren’t conducted on the luxury of trails. One member would often lead in front of the sled while the driver would walk, run, or ski behind.

The paleo framework somewhat improves the strategy for increased time in the wild by default and by definition. This should come as no surprise since we’re simply considering optimal foraging like our hunter-gatherer ancestors would have, then adding some modern food preparation techniques.

Three Carried Calorie Tools. Prioritize in this order: fat then protein then carbohydrate. Preferentially select saturated fats and dried meats and fruits because of shelf-stability. The lower energy density of vegetables generally renders them less desirable in this context.

That isn’t to say there’s no room for other components, but to provide some fundamental building blocks. Adding dried fruit can be a great way to increase flavor while adding some densely packaged carbs.

The tactics and strategies above are among the many I’ve explored for my upcoming expedition, but they certainly aren’t the full range available. For instance: Amundsen, Stefansson, and even Lewis & Clark, ended up eating dogs at some point in their journeys. While I endeavor to learn as much as possible from the greats in the past, I do hope to diverge in the dog eating department.

It turns out that 2012 is the centennial of the completion of Vilhjalmur Stefansson’s most significant Arctic expedition (1908-1912). After I’d already mapped out my route, I discovered that my path follows his for approximately 2,000 miles. I also discovered that Amundsen and Stefansson met along the way, and traced each other’s paths to some extent. So it turns out that I’ll be following in the footsteps of two great polar explorers.

Adventurers and Scientists for Conservation is acting as my science advisor for the expedition. They’re an organization that matches up adventurers with scientists to leverage the ability of researchers to collect data that funding and logistics would not ordinarily allow. We are still working to finalize a research program. Adding scientific value to the expedition is one of my core goals for this expedition and my overall 77Zero project (7 Continents. 7 Seas. Zero Fuel).

I hope that you’ve found something here that’s useful in a way that might enable you to exercise your own wildness. This is only a tip-of-the-iceberg introduction to any of these topics. Your own tips, tricks, and strategies are welcome. And hey, what’s more paleo community than sharing hunting and gathering strategies?

If you like adventure or science or wilderness, please consider backing my expedition documentary project. Pitching in is a huge help toward the goal to explore and share more ways to connect with our animal nature — including further application and expansion of the ideas above. And after checking out the project, maybe go outside and play. 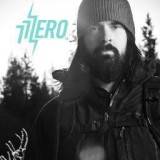 Andrew Badenoch is one of many Homo ludens who reject the assumptions of agrarian civilization. He writes about applied evolutionary theory and hunter-gatherer anthropology at evolvify.com. He also explores reconnecting our lives with wildness through sailing, biking, paddling, and hiking at 77Zero.