I had a boss once who used to drive me nuts. One day he gave me three tasks. My response was, “What is the priority of these tasks? Which one should I do first?” He would say, “Matt, they’re all important.” Even though I hounded him about it, he wouldn’t prioritize them.

This is what’s known as a management fail. The very essence of management is making decisions on what is most important and what is least important. It’s how you take responsibility for something. It also explains why my boss didn’t want to make a decision. One way to avoid having your decisions criticized is to not make any decisions.

So why am I wasting everyone’s time here talking about an old manager of mine? In fact, we’re all managers. Unless you’re currently serving time in a government sponsored institution or in basic training (same thing, really) you have to make management decisions on what you’re going to eat on a day to day, month to month, and year to year basis.

But first, another anecdote: I’ve spent some time in the software developement business and the saying goes like this: Software can be fast, cheap, and good – pick two.

In other words, your options are:

Wouldn’t you know it…the boss always goes for option 3. Our stalwart manager doesn’t come out and say that we’re going to make shitty software, but they make up a plan that doesn’t allow enough time and isn’t resourced appropriately. They think that insisting their employees do something cheaper and faster is what makes a good manager. In reality this is just another management fail.

Later, no surprise, the software sucks. Then there’s this period where the schedule and budget go way over and the recriminations start. You end up with software that is expensive, late, and still pretty bad. Instead of two qualities out of three, we get a whole lot of suck in everything. Later when the company goes out of business we all wonder (although, not me) how it all went wrong.

Let’s apply all this to YOU, and your management task. How do you figure out what to eat?

Food can be easy, cheap, and healthy – pick two.

Just like with our bumbling manager before, most people go for cheap and easy; it’s the default condition, really. Remove $1.99 hot pocket from freezer, microwave for 2 minutes in special crisping sleeve, “enjoy” warm meal, wonder why you feel like crap for the next 3 hours. Later, when your life has become hellish (i.e. not easy) and expensive (i.e. not cheap) due to medical problems you’ll wonder how it all went so wrong.

To be truthful, going for cheap and easy is basically not managing at all. Getting to “healthy” means sacrificing either cheap or easy for a long term benefit. That takes some planning and some discipline.

People complain that eating Paleo is expensive. It doesn’t have to be if you’re willing to forego “easy”. Learning how to cook, buying cheap cuts of meat, shopping at the farmer’s market, growing a garden, are all ways that lessen the convenience, but still allow a poorly resourced person to eat well. Typically, there is an inverse relationship between time and money. The more money you have, the less time is available, and vice-versa. It’s probably more accurate to say that the more money you have then the more your time is worth. Whatever your situation, decide how you want to work it out.

Hey, if you’re a real estate mogul you can play it the other way as well. Hire a personal chef to purchase and cook your food for you. Or send your aging trophy wife/husband to cooking school. They’ve got to pull their weight one way or another, right?

The 1% of you out there with all the money, enjoy it. Eat like a king and outsource the drudgery. But the rest of us are going to have to work at it a bit. 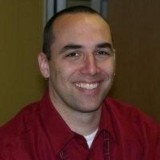