Robb joins Diane Sanfilippo of and Liz Wolfe on Episode #10 of the Balanced Bites Podcast.

Note: We rated this episode as explicit due to an F-bomb and possibly one other curse word, but the general subject matter is family-friendly. 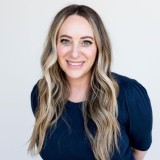 She is the New York Times Bestselling author of “Practical Paleo: A Customized Approach to Health and a Whole-Foods Lifestyle.” and creator of The 21-Day Sugar Detox, a program to help you bust sugar and carb cravings in 21 days with the help and support of a community who is all in it together!

Co-host of The Balanced Bites Podcast, a weekly radio show about all things health and nutrition.