“Let food be thy medicine and medicine be thy food.” – Hippocrates

In my wayward vegetarian days, before finding Weston A. Price and eventually Paleo, I ate my fair share of faux food:  soy ground beef crumbles, egg substitutes made from tofu, heart-healthy margarine, and my favorite, seitan (pure wheat gluten).  For those of you that don’t know what I am talking about, check out this 30 second “public service announcement” from Ron Swanson of NBC’s Parks and Recreation. Most of us recognize the foods listed above as imitations, but what about locally purchased vegetables, eggs, and grass-fed meats?  Clearly these whole foods are leaps and bounds ahead of the imposters, but do they contain an abundance of vitamins and minerals as nature intended?  The answer, to a great extent, depends on the care and stewardship of the soil in which they were grown.

“Food is fabricated soil fertility.  It is food that must win the war and write the peace.  Consequently the questions as to who will win the war and how indelibly the peace will be written will be answered by the reserves of soil fertility and the efficiency with which they can be mobilized for both the present and post-conflict eras.” – Dr. William A. Albrecht (From Weston A. Price’s Nutrition and Physical Degeneration

Houston, We Have a Problem

Given how many conventional farmers manage their land, it really should not be a surprise that the nutritional quality of our food is on the decline, and has been for the better part of a century.  From a 1936 report to the US Senate:  “The alarming fact is that foods – fruits and vegetables and grains – now being raised on millions of acres of land that no longer contains enough needed minerals, are starving us – no matter how much of them we eat.”

Unfortunately, in spite of many years of warnings, we have not made much progress.  “Highlights” from a 2004 study evaluating USDA food composition data of 43 garden crops between 1950 and 1999 show that as a group the vegetables contained:

A 2009 study looking at declining nutritional values came to the following conclusion:  “Recent studies of historical nutrient content data for fruits and vegetables spanning 50 to 70 years show apparent median declines of 5% to 40% or more in minerals, vitamins, and protein in groups of foods, especially in vegetables.”

And finally, we have this from Dr. David Thomas, a UK based health researcher:  “Why is it that you have to eat four carrots to get the same amount of magnesium as you would have in 1940?”

The USDA, our food watchdog, doesn’t quite seem to appreciate the problem.  According to Phyllis Johnson (head of the Beltsville USDA office), “the 78% decrease in calcium content of corn is not significant because no one eats corn for calcium.”  I suppose Phyllis would have us pop a multi-vitamin – that should do the trick.

Unfortunately the problem also exists with our meats and animal products.  According to an article in Mother Earth News, the USDA reports a 20% decrease in iron and a 59% decrease in vitamin A from 1975 in factory-farmed eggs.  Do you think it MIGHT be because of the quality of what the chickens are eating?  See Eat wild for more information about the quality of milk and meat. The biggest problem with conventional agriculture can be traced to the 19th century German chemist Justus von Liebig (a most appropriate name).  Liebig’s discoveries, namely the creation of chemical fertilizers (synthetic nitrogen, phosphorous, and potassium or NPK), enabled farmers to dramatically increase the yield of their crops.  That sounds great, but it has led to many unforeseen consequences.

Plants don’t rely on just these three elements to produce nutritious food.  “Most crops utilize an average of 40 elements from the soil.  In no case do fertilizers add more than 12 and most commercial fertilizers add a maximum of six elements.” (Sea Energy Agriculture

In addition, the NPK mentality has led to the following problems (see this article for more information):

Liebig realized the problem he had created, but the genie was out of the bottle.  “I had sinned against the wisdom of our creator, and received just punishment for it.  I wanted to improve his handiwork, and in my blindness, I believed that in his wonderful chain of laws … there might be a link missing that had to be replaced by me….”

Obeying the Law of Return

Luckily some people questioned the wisdom of using artificial fertilizer and their promise of ever increasing crop yields.  Sir Albert Howard in An Agricultural Testament

advocated for what he called “the Law of Return,” the idea being that farmers should utilize the waste products of agriculture (crop residues and manure) to create compost and increase stored soil fertility.

And prior to Howard, F. H King published Farmers of Forty Centuries

. This book details the efforts of peasant farmers to save every conceivable scrap of organic material and return it to their fields.  In my opinion waste is simply a by-product that can’t be reused effectively – and manure should NEVER be a waste product.

“Mother earth never attempts to farm without live stock; she always raises mixed crops; great pains are taken to preserve the soil and to prevent erosion; the mixed vegetable and animal wastes are converted into humus; there is no waste.” (The Soil and Health: A Study of Organic Agriculture

Joel Salatin, a modern-day farming hero, is a great example of how this model should work.  Unfortunately many small, organic farms do not incorporate animals into their operations and fail to adequately rebuild and replenish the soil.  With most farms that incorporate livestock, the farmer is supplementing the animals with significant amounts of off-farm food (hay in the winter for cows or grains for chickens and pigs).  This supplemental food turns into imported soil fertility to balance what is being lost to harvest.

So, now that you have yet another thing to worry about with respect to nutrition, let’s see if we can’t simplify things a bit.

1)    Reduce or eliminate your consumption of cereal grains (including indirect consumption from grain-fed animals).  These annual crops are our worst offenders in degrading our soils with their heavy reliance on artificial fertilizers.  If you have already embraced a Paleo diet, you are ahead of the game.

2)    Raise some of your own food (as has been advocated for in The Liberty Garden).  In doing so not only will you feel empowered, but you will be producing some incredibly nutritious food.

3)    Train your senses to know what good nutrition looks, smells, and tastes like.  As I am 100% sure that my cows know what plants are nutritious, I am confident that we humans can relearn this skill as well.

5)    Learn what you can from farmers of the past.  The following authors have contributed mightily to our collective agricultural wisdom, and much of their work can be downloaded free of charge from the Soil and Health Library:  William A. Albrecht, Lady Eve Balfour, Edward Faulkner, Sir Albert Howard, J.I. Rodale, Newman Turner, and Andre Voisin.

And finally, remember the wisdom of Dr. Alexis Carrel (Nobel Prize winner).  It is as true today as it was 99 years ago.

“Minerals in the soil control the metabolism of plants, animals and man. All of life will be either healthy or unhealthy according to the fertility of the soil.” 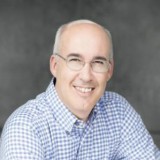